DIVING BELOW: THE DEPTHS OF THE LAKE OF THE OZARKS 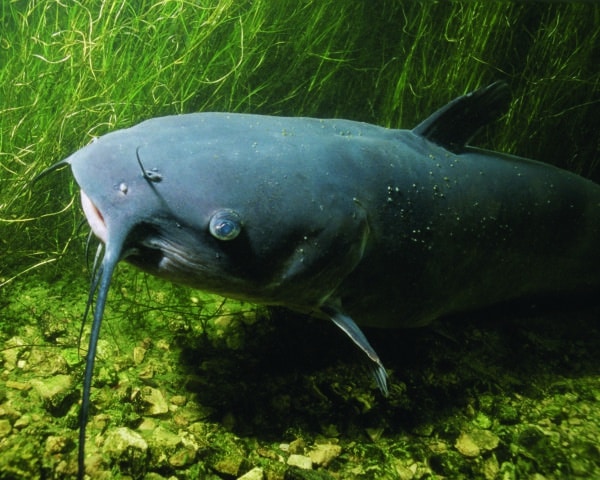 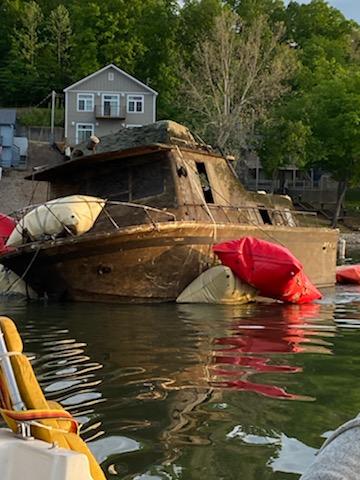 Aptly dubbed The Magic Dragon for its vast, serpentine-shaped main channel, the iconic, near century-old Lake of the Ozarks gives way to four separate arms and hundreds of subdividing coves along 100 nautical miles. With a surface area of 54,000 acres, its seemingly endless expanse flows across three counties and it is the state’s second largest lake; second only to Truman Lake by a mere 1,600 acres of surface area.

Ranked by some as one of America’s most dangerous lakes, those who live for and love the Lake of the Ozarks know better than to define our waters by one singular component. As deadly as any traversable waterway will inevitably be, there is also great allure. Home to the largest unsanctioned boat race in the United States of America, our late-August waters allow for 100,000 spectators to safely observe a vast array of vessels racing by at speeds of more than 200 miles per hour. The Lake of the Ozarks Shootout is second to none.

For both primary and secondary residents (and fellow lake enthusiasts alike), we’ve boated, fished, swam – and maybe even raced – in these waters one hundred times over. We know its unfathomable beauty along with its unforgiving nature while striking a fine balance between carefree exultation and responsible navigating. From dam to dam and beneath the height of a boundless sky, we skim above unseen depths of more than 100 feet like freshly skipped rocks with no thought for what lies below.

But what does lie below the water’s surface, and what does it feel like to actually be down there?

“Well, what I can say is that it’s always dark, so you need a flashlight,” said Corporal Dean Bartlett of the Marine Operations Division with the Missouri State Highway Patrol. “Most of the time, the water visibility is zero because it is so murky. The water temperature is usually somewhere around 50 degrees at 100 feet, even in the summer, because you are going below the thermocline. You cannot feel the pressure differential because your body doesn’t have air pockets, except for your ears and the BIG one — your teeth. If your dentist did a bad job at filling your cavities, you will know it pretty quickly as you go down and the pressure squeezes the air pocket, causing extreme pain.” 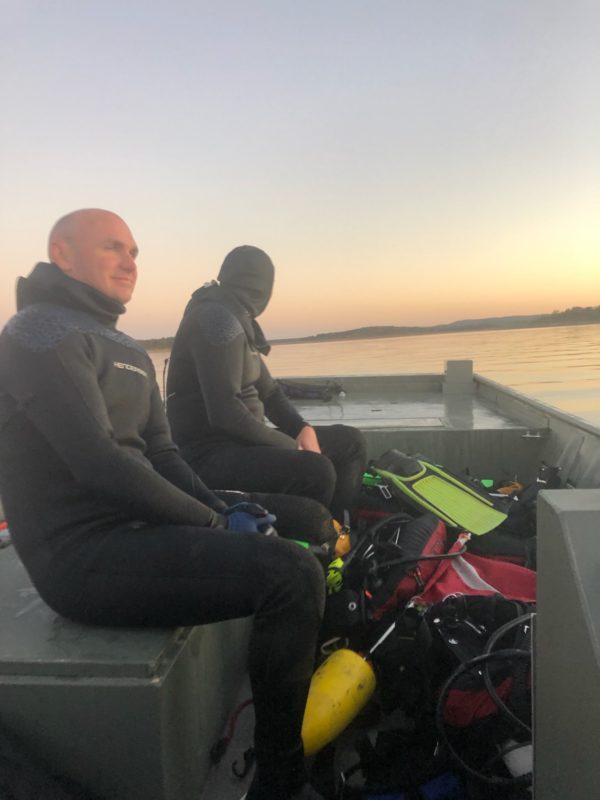 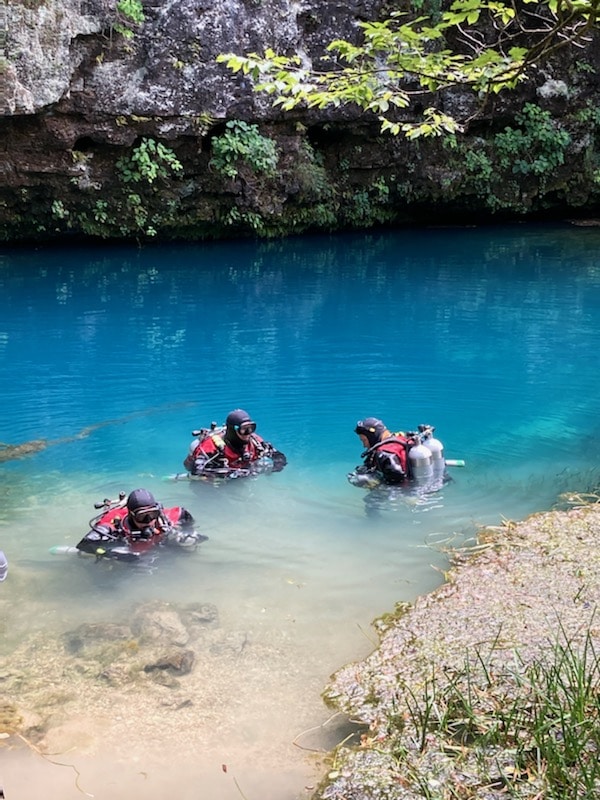 Bartlett, a technical diver who is certified to reach depths of up to 300 feet, began his career with the Missouri State Water Patrol prior to its merger with the Highway Patrol in 2010. The patrolmen and women whose jurisdiction presides over the waters of the Lake of the Ozarks are not only an integral part of enforcing water safety regulations, but their General Headquarters also issues regatta permits for events like the annual Shootout.

“The deepest that I have seen at the Lake of the Ozarks is about 150 feet,” Bartlett said. “For the most part, the Lake is about 70 feet deep, but it gets deeper in the old river channel.”

Along with property recovery operations for commercial divers, search and rescue missions for first responders are likely services that will always be necessary at the Lake of the Ozarks. In 2016, a 23-foot Donzi lost control and crashed during Saturday’s Shootout races, and it was recovered four days later by Atlantis Dive & Dock Salvage. In 2019, the Shootout’s races were cut short to recover the body of a 23-year-old Illinois man from the spectator area. After hours of searching in the vicinity of the last known point of the victim, Patrol divers recovered his body in 37 feet of water. 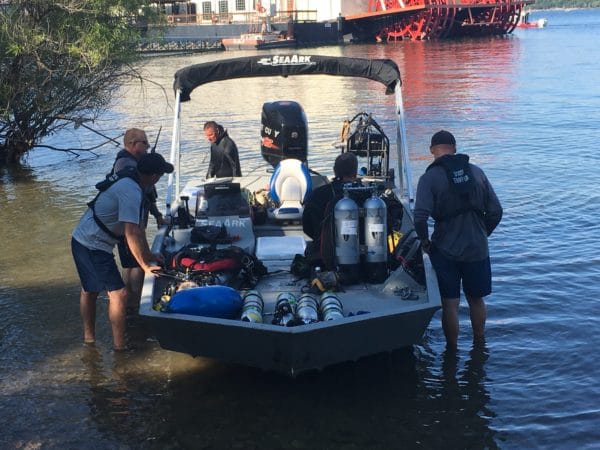 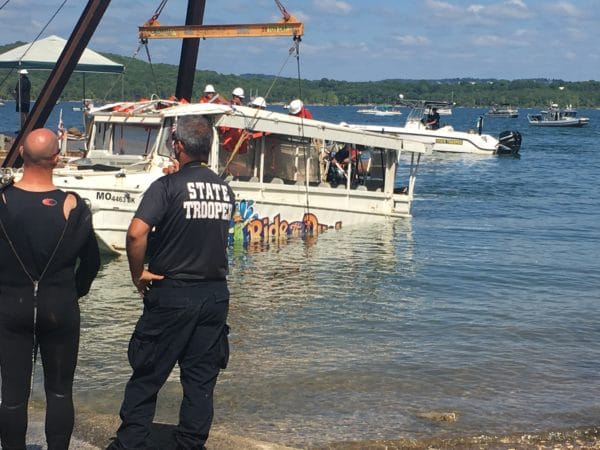 “The sonar that we use to search with is a ‘tow-fish,’ which is towed behind the boat,” Bartlett said of the Marine Operations Division’s Dive Team. “We try to keep the tow-fish about three to four feet off of the bottom and it shoots a sonar beam from both sides. When looking at an image on a computer screen, the shadow that the object leaves behind can tell you just as much information as the object itself. It has the capability to measure the length of an image, so if we are looking for someone who is 5’10” and we measure an image that is seven feet long, we know that it’s not what we are looking for.”

Originally built to provide hydroelectric power to the customers of Union Electric Company of St. Louis, the waters of today’s Lake of the Ozarks conceal a treasure trove of local history whose hidden depths speak of times long gone, and of memories which will be buried forevermore. What has become a nautical race course every August may have once been someone’s farm or a family’s home.

“While I am working underwater, I am always looking out for old structures and foundations from old houses, while thinking, ‘someone once lived here,’” said Captain Nicholas Hutzler of the Lake Ozark Fire Protection District. “When I’m diving in areas that are very muddy, I usually think that this was probably someone’s farm. A lot of farmland was covered by water when the Bagnell Dam was built, and I find myself wondering what crops would have possibly been planted there, or what was on ‘this area’ prior to the Lake.” 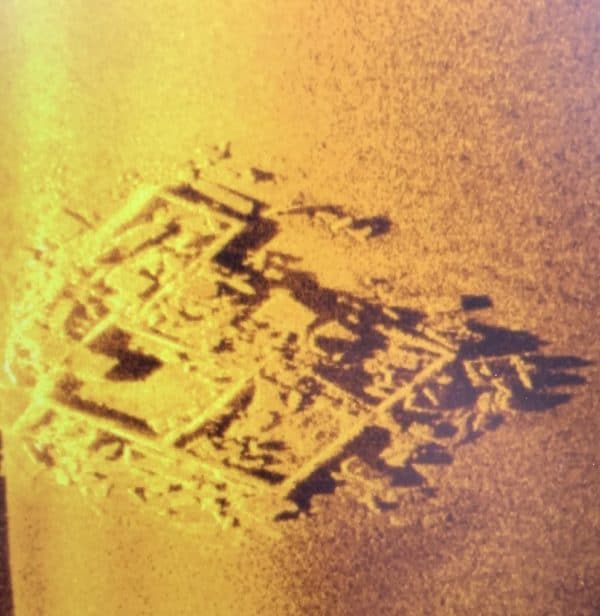 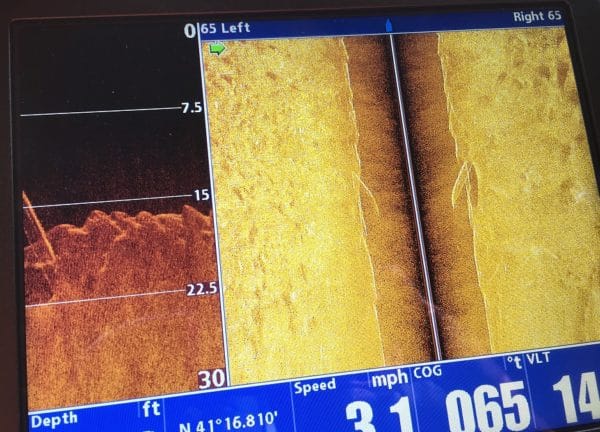 Hutzler, who began working for LOFPD in 2001, has been a diver, both professionally and commercially, for nearly twenty years. In 2014, he started a diving business at the Lake of the Ozarks entitled Hutzler Enterprises, LLC. Along with his duties as a captain with our local fire department, Hutzler also repairs docks, restrings anchor cables, conducts underwater inspections, raises submerged vessels, and recovers everything from lost cell phones and wallets to tools. He has also helped out at the Annual Shootout.

Ben Faulconer, a fellow commercial diver and Project Manager for Hart Diving & Salvage, explains that the Lake of the Ozarks is not a recreational diving lake. Both Hutzler and Faulconer have found themselves working alongside one another on a number of dive recoveries; with several hundred dives made by Hart Diving & Salvage per year. 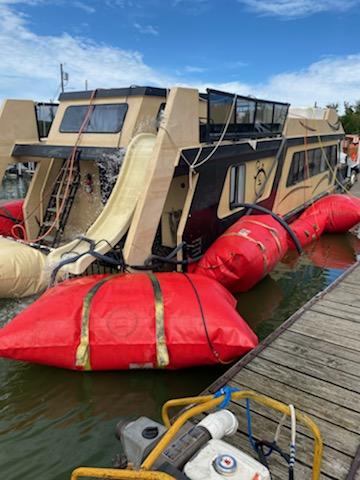 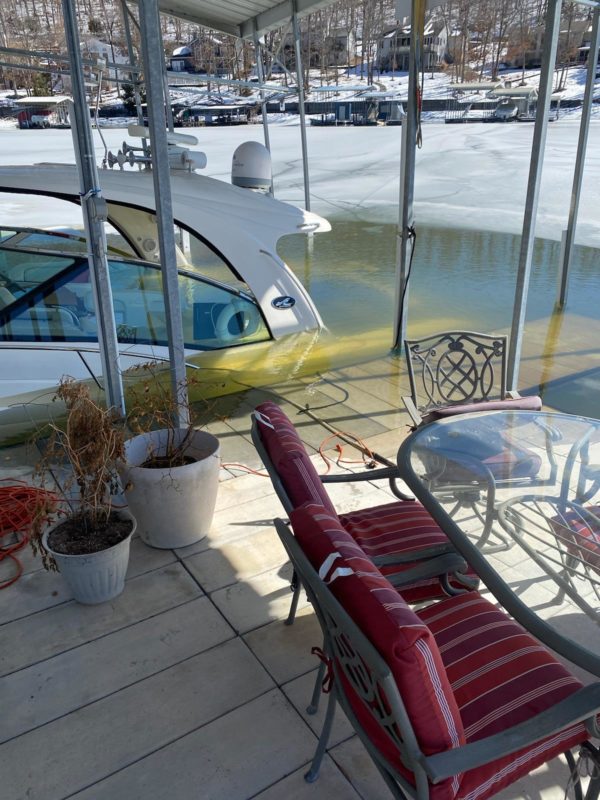 “Every dive could be compared to cave or night diving, and with any stir of bottom or sediment, you are instantaneously engulfed within a plume or cloud where only a dive light against your mask and aimed back at your eyes can be seen, Faulconer explained. “The reality is that 30-100 feet look pretty much the same, as it takes a dive light to see what’s down there due to the absence of sun or natural light based on refraction and reflection of suspended sediments. The Lake is actually fairly clear but the water is constantly stirred up, so it appears murky.”

Like all divers, the crew at Hart Diving & Salvage has experienced their share of interesting submerged encounters.

“One of the most interesting things that I have witnessed in this lake was at roughly 70 feet,” explained Faulconer. “There was a tree that was approximately eight feet in diameter. It was the largest tree that I have ever seen in Missouri, either above or below water, and at first, I thought that it was an old tank standing on end. I was and still am in awe.” 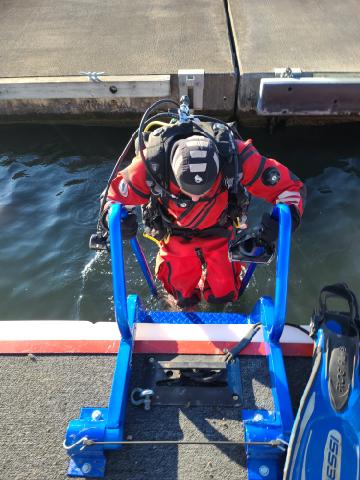 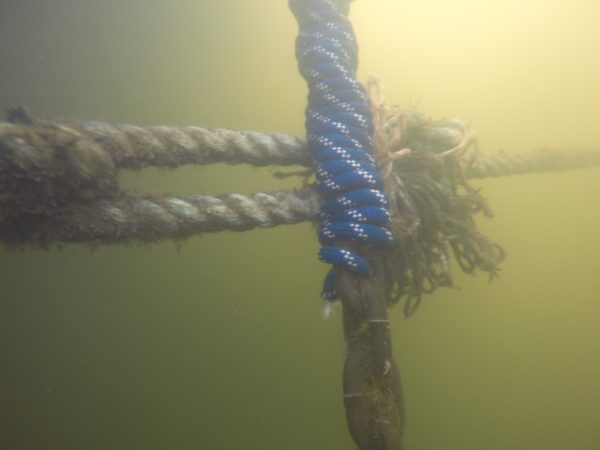 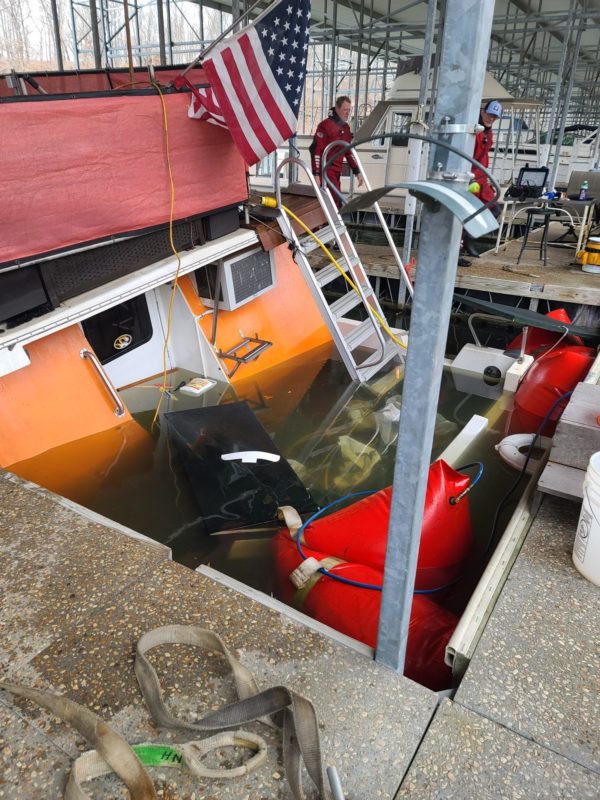 Along with restricted visibility overall, Faulconer went on to elaborate that everything appears 25-33% larger when observed through a dive mask in the water.

“We can report that a tree is six feet in diameter so as not to exaggerate its size, but still, this is non-typically huge and would have to be hundreds of years old,” Faulconer said, in closing. “We also see large catfish and alligator gar in the 4-6 foot range and again, everything appears to be larger under water, but they’re still fun to see and always make us feel like we are diving with the dinosaurs of fish.”