NEVER FORGOTTEN: A 10-YEAR TRIBUTE TO THE LIFE AND LEGACY OF BOB MORGAN & J.T. TILLMAN 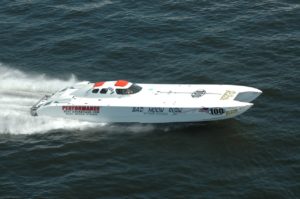 The year was 2011. The Super Boat International Championships in Key West Harbor were underway far beyond the shores of the Lake of the Ozarks. As news broke of the fatality boating accident involving Bob Morgan and J.T. Tillman in Florida, our mid-Missouri community and beyond were left reeling from shock and disbelief. Bob, the Owner and Founder of Big Thunder Marine, was well-known by many for his passion for powerboating and his instrumental hand in the inception of the Annual Shootout. J.T., an avid racer and one of the Lake’s largest condominium builders at the time, had united with Bob through a shared passion for pursuing World Championship wins.

At the time of their accident, Bob had raced for 55 years. Sue Morgan, Bob’s wife and best friend since December of 1979, said that there is little to no monetary reward for keeping up with such an expensive sport. Powerboat racing is fueled by the flame of fervor and love. 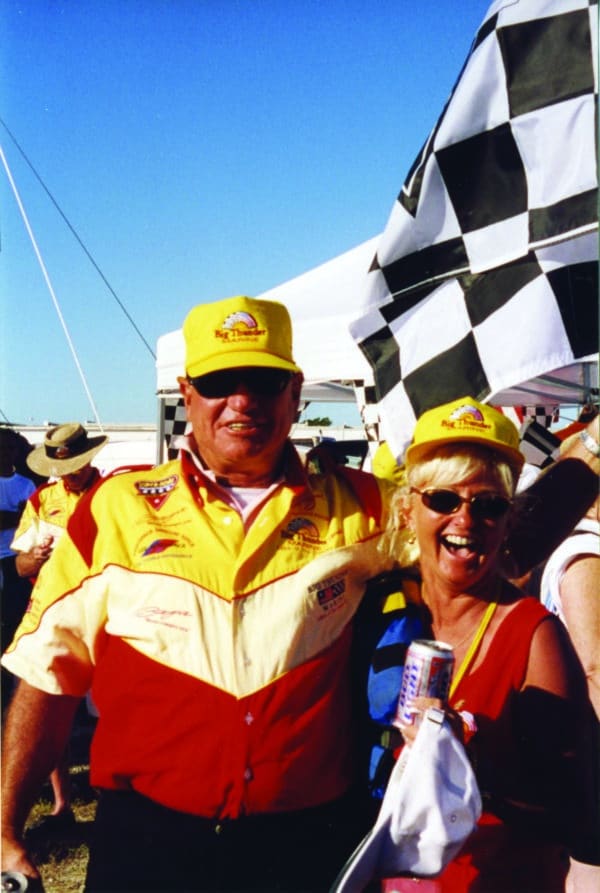 “We didn’t have the money that these other rich guys did, and our drivers knew this,” Sue explained. “When J.T. came to us, he was one of three notable drivers that we’d worked with over the passing years. Together, we would pick up and refurbish pieces so we could remain competitive. Bob didn’t care about someone’s money. He cared about their character and their passion, and that’s what brought our different drivers to us. As a person, J.T. was absolutely top shelf. Premium brand, no doubt.”

For many, Bob and J.T. had been taken far too soon. 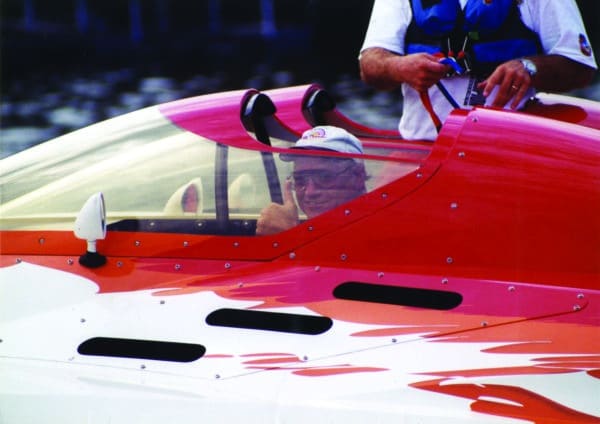 Although it broke Sue’s heart knowing that J.T. had passed away at 46-years-young, she says she finds solace in knowing that both he and Bob died together as they had lived, and doing what they both loved. Bob and J.T. also had a shared adoration for the Lake of the Ozarks; it’s what brought J.T. here from St. Louis and Bob from El Dorado, Kans. 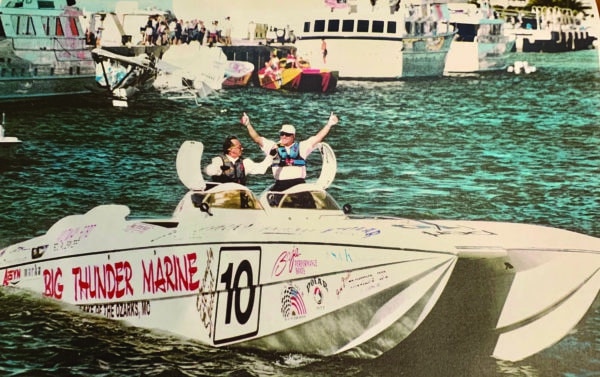 Bob, Sue said, would have rather raced his boat than eaten when he was hungry. Ever the competitive spirit, she said that they never went to a race, the Shootout included, where Bob didn’t feel like he had a chance to win. “That was just who he was,” said Sue.

Although J.T. was a seasoned “asphalt racer,” he and Bob had raced on the water together for a little over a year prior to the accident. J.T., Sue said, was a premier driver who really, from the bottom of his heart, wished to chase a horizon filled with victory flags. 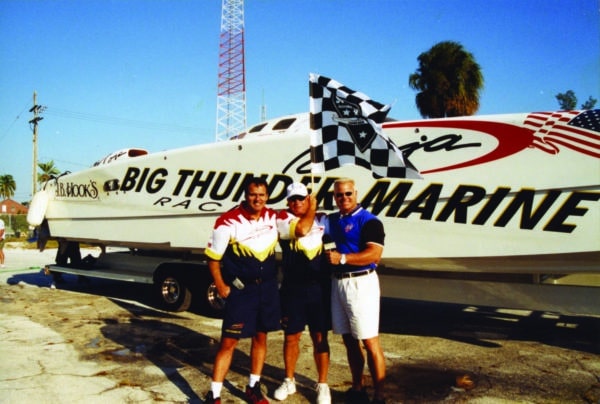 Sue Morgan at the only race that she and Bob ever raced together to qualify for the World Championships, circa 2000-2001 in Cleveland, OH | Courtesy of Sue Morgan

Although some things — like an undying love for powerboat racing, have remained unchanged over the course of ten years, one thing has transformed from unforeseen tragedy to a lasting prodigy. Five years ago, Bob Morgan’s Big Thunder Marine was purchased by Fred Ross Jr., a man whose intelligence and unique passion has set the Lake on fire, Sue says. Fred had been so impressed with Bob and his legacy at the Lake of the Ozarks, that he wanted to continue with some of Bob’s original ideas for setting their brand apart, with present-day orders being stacked several years out.

“Basically, my interest in acquiring Big Thunder Marine was sparked by everything that Bob had done with the brand,” Fred said. “I was so impressed with how he had helped grow the powerboat industry at the Lake of the Ozarks; making it the number one powerboating lake in the entire country. It felt natural for me to continue the legacy of Big Thunder Marine in the way that Bob had started it, and by taking or maintaining ownership over the Fountain, Baja and Donzi brands. I want to ensure that the Lake of the Ozarks remains the number one powerboating location in the United States.”

Today’s Big Thunder Marine, Sue says, has and will continue to have a resounding presence at the Lake of the Ozarks and beyond, and it is all the better for Fred’s involvement — for his trust in continuing with her husband’s original dream.

“Bob made such an impact on so many young people like J.T., and it has been a huge honor to me, and definitely to Bob, to see everything that his legacy has done for the boating and racing industry,” Sue said, in closing. “Those things aren’t handed to you. They’re not a gift, but they are things that you earn. In this way, Bob and J.T. will never be forgotten.” 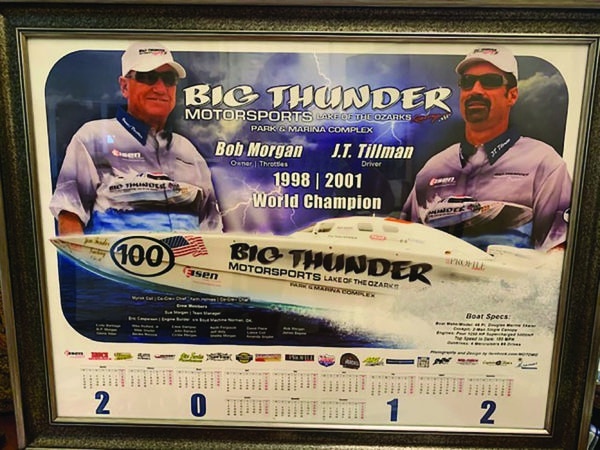