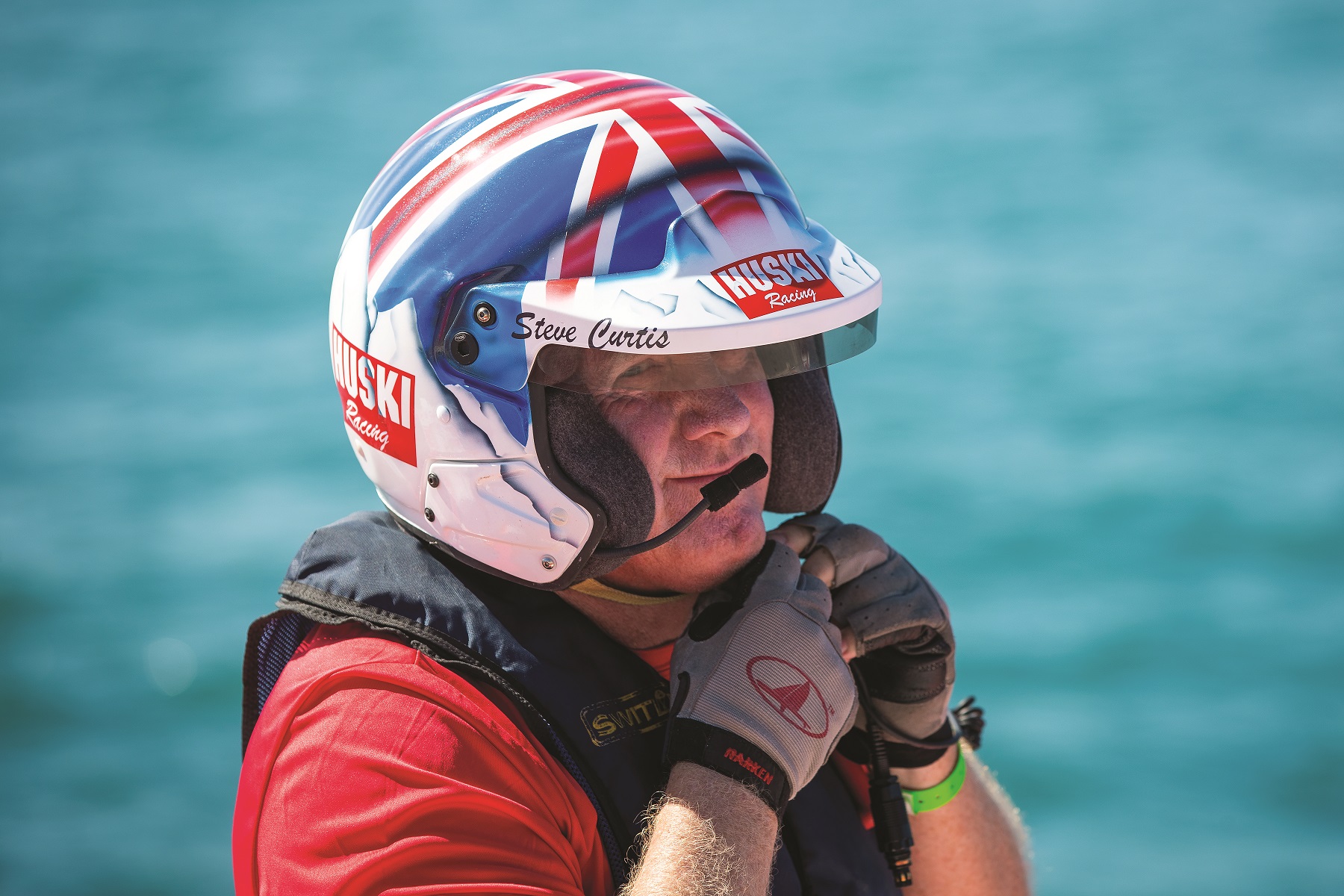 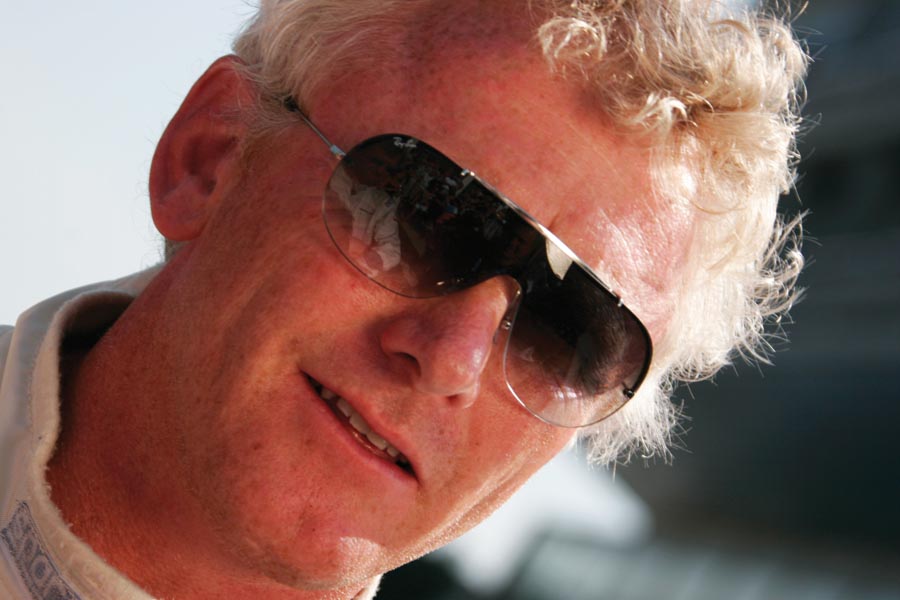 The year was 2014. The Shootout’s one-mile race course, hosted by Captain Ron's Bar & Grill, was surrounded by a sea of fervid excitement in the hot summer air. The Spirit of Qatar, a 50-foot Mystic Powerboats catamaran Al Adaa’am 96, was being shipped to Central Missouri from the Middle East by Sheikh Hassan bin Jabor Al-Thani of Qatar, and for the sole purpose of racing at the 26th Annual Lake of the Ozarks Shootout.

Sitting beside Sheikh Hassan was world-renowned powerboat racer and throttleman, Steve Curtis. Born in Wimbledon, London, England, Steve was no stranger to powerboats or even racing. His dad, Clive Curtis, ran a boat building business named Cougar Marine, and he was also a powerboat racer.

“My father designed and built the first catamaran to win the Class 1 World Championship races,” Steve explained. “Really, most of the boats that you see out there today – Skaters, Mystics, and MTIs – are all a development of those hulls. I was very fortunate to grow up in that kind of an environment, which was racing from the word ‘go,’ and it was basically inevitable that I went in the same direction.” 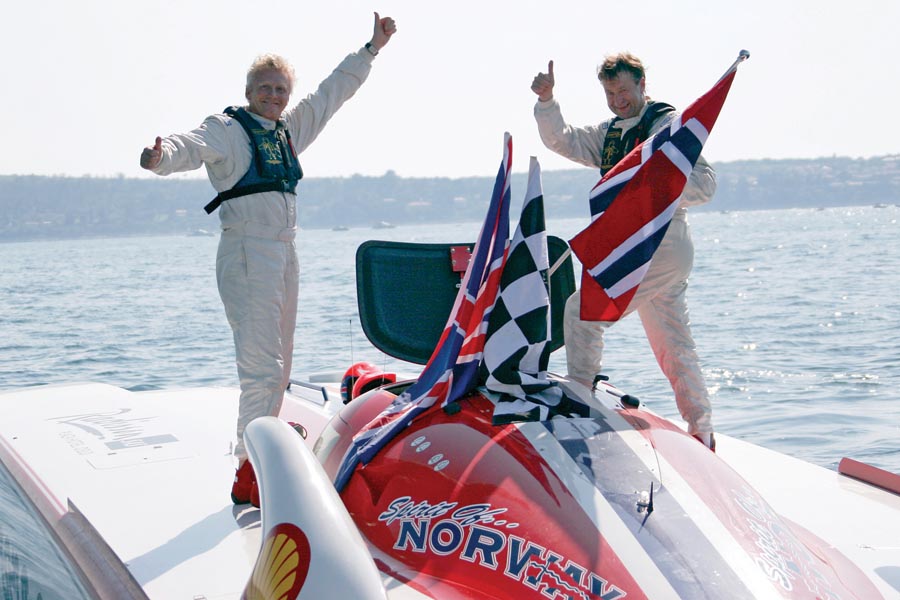 Steve left school at the age of 17 to pursue his first true passion – racing Motocross. He would go on to win the British Schoolboy and Junior Motocross Championships, and he still loves Motocross to this day.

“I was a factory rider for Suzuki and Honda, and I was pretty good, but I certainly wasn’t the best out there,” Steve said. “Then I had an accident where I injured both of my hands, and I was down for about a year until my strength came back. At that time, I wasn’t really into powerboat racing that much, but I got a job on a race team for boats and worked my way through the classes. My dad helped me out with a race boat, and I went on to pursue what would become my powerboat racing career.”

And Steve did just that. In 1985, he won his first title in the United States at age 21, becoming the youngest-ever UIM Class 1 champion and first Briton to win that title.

“Before that, I had won other classes, but this was my very first World Championship win,” Steve continued. “It was pretty amazing, and the sport was pretty big back then, with thirty boats at the starting line from Europe, Australia, and all over. You’re so young and you don’t realize it at the time. The word that I am probably searching for is reckless or stupid, because my win was likely due to luck rather than actual skill, because a few experienced racers died in crashes that year; however, this win did give me a huge boost in my powerboat racing career.” 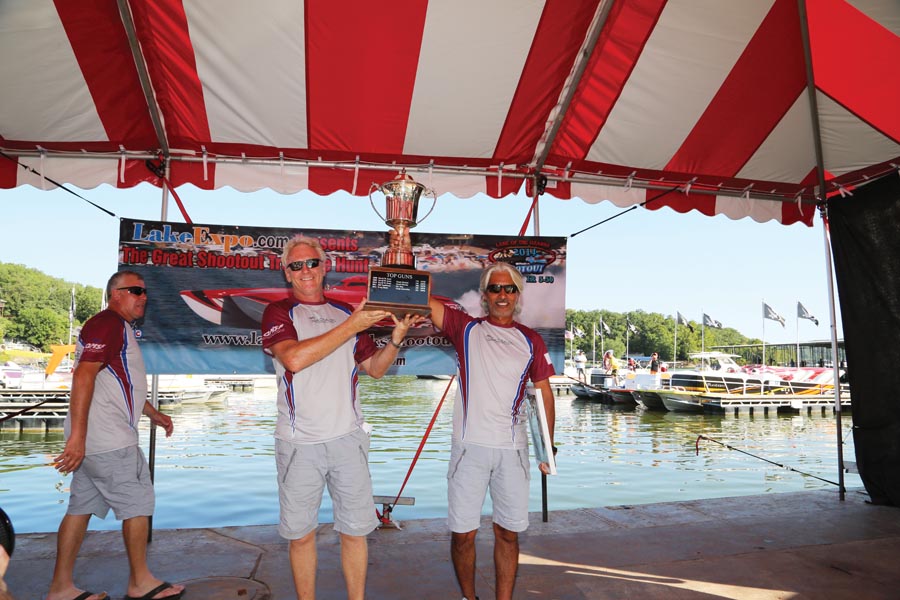 Steve would go on to win his second UIM World Championship title in 1987 and again in 1997, 1998, and 2002-2004, along with other wins in championships across the Middle East and Europe. In 2006, Steve gathered all four world championship titles and has won eight UIM Class 1 titles.

Fast forward again to 2014, as the Shootout’s highly anticipated races were underway. The Spirit of Qatar had successfully completed a 210-mile-per-hour pass, and Sheikh Hassan and Steve were both at the height of hopeful expectation before the unthinkable happened: experienced and highly esteemed powerboat racers, Mike Fiore and Joel Begin, were involved in a horrific double-fatality crash along the mile-long race course. It was a terrible blow to the powerboating community as a whole, as well as a stark reminder to all racers of just how dangerous the Shootout can be.

“We did the first run of the day and then Mike Fiore had his accident,” Steve continued. “After that, we shut things down with the thought being that we could always come back.” 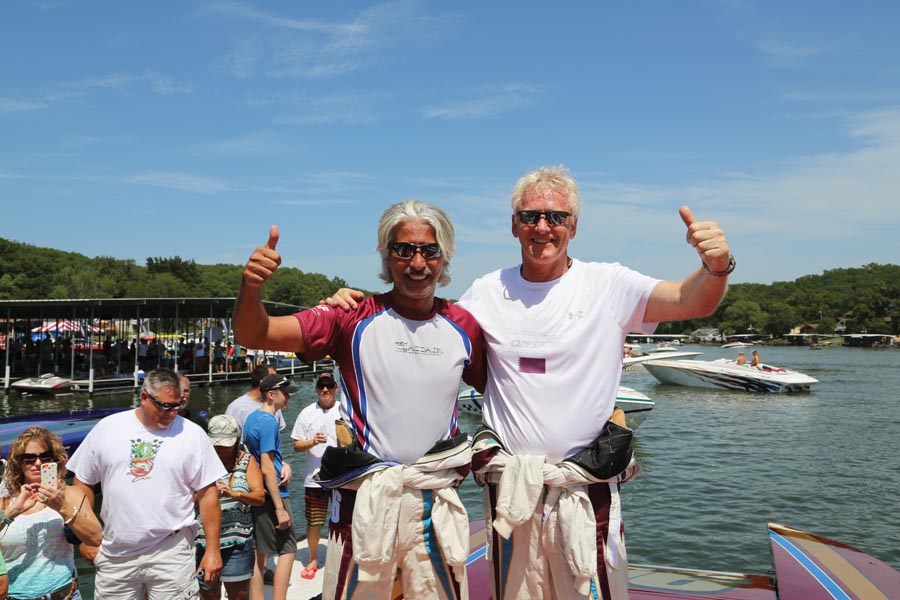 As fate would have it, however, the Spirit of Qatar was afforded an additional run as the 26th Annual Shootout’s races resumed that weekend. Despite all odds, the Spirit of Qatar would go on to take the fastest-ever speed on record at the Lake of the Ozarks, in at 244 miles per hour (which was swiftly followed by the deployment of two parachutes to safely slow it down).

“We spent a lot of time building that boat, and we developed it for winning at record speeds,” Steve said. “We were going to go for the Guinness Book of World Records for turbine speed – we actually wanted to break 250 miles per hour – and racing at the Lake of the Ozarks Shootout was intended to be a shakedown beforehand.”

In recent years, the Shootout has been condensed to a ¾-mile race course for overall safety reasons. Many racers and spectators have found themselves wondering if a new, record-breaking run can be achieved along the shortened race course, and if the Spirit of Qatar will ever compete at the Shootout again. The answer, in short, is yes.

Steve Curtis, the proud new owner of 2014’s record-winning 50-foot Mystic, says he hopes to bring the powerboat back to race here again one day, and possibly as soon as next year (schedule permitting). 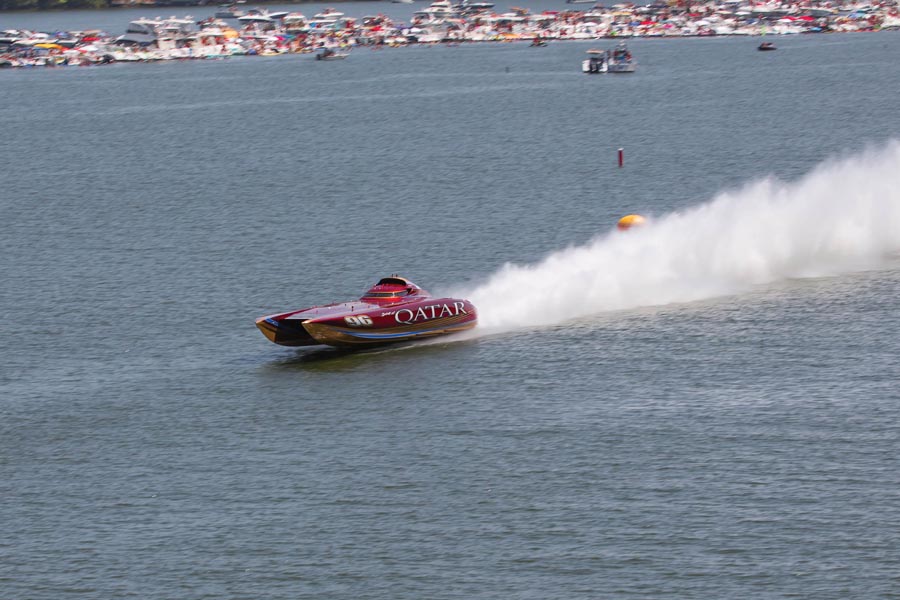 “I’d love to come back and race at the Lake of the Ozarks,” Steve continued. “It’s beautiful – with fresh water that feels more like a river than a lake along with its winding, narrow channels. Since they dropped the race course down to ¾-mile, I don’t think we can hit 250 miles per hour on that short of a course. With peak conditions, I think we could possibly get 220-225 miles per hour.”

That would be a new, record-breaking win for overall Top Gun, folks.

Since 2014, Sheikh Hassan bin Jabor Al-Thani of Qatar and Steve went on to win several UIM World Championships and Turbine National Championships together. Steve continues to race throughout the world and was preparing for the Class 1 World Championships in Cocoa Beach, Florida at the time of our phone interview. Beyond his newly acquired 50-Mystic “Spirit of Qatar” powerboat (a new name has yet to be determined), Steve races a Huski Chocolates 41.5’ Victory Class 1 powerboat.

“The purpose of buying the ‘Spirit of Qatar’ is to see the potential in it,” Steve explained. “The company that I work for wants to do something with it, and we can’t wait to see what it is truly capable of in the very near future.”

We hope to someday see that with you at the forever-beautiful and wild Lake of the Ozarks, Steve.