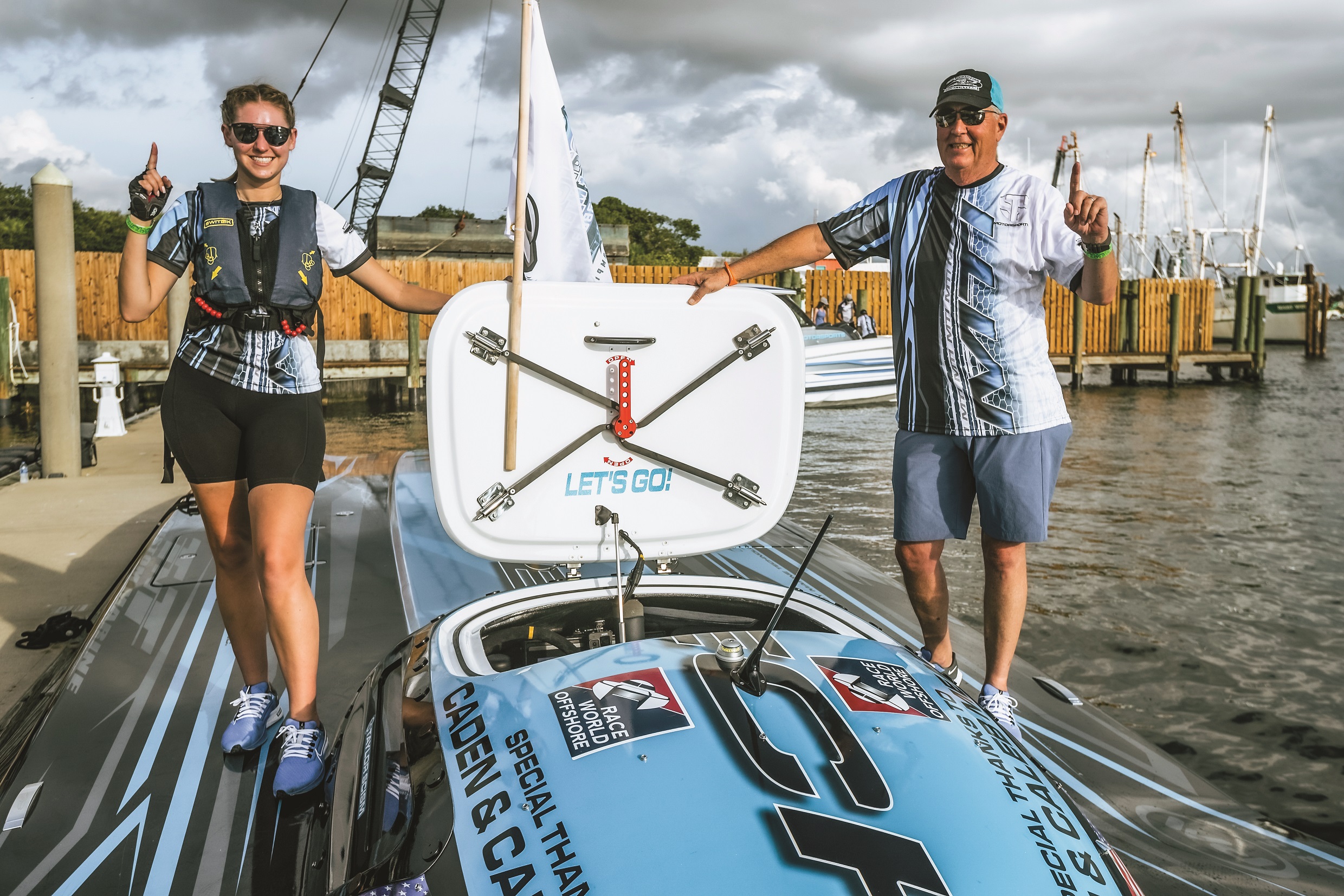 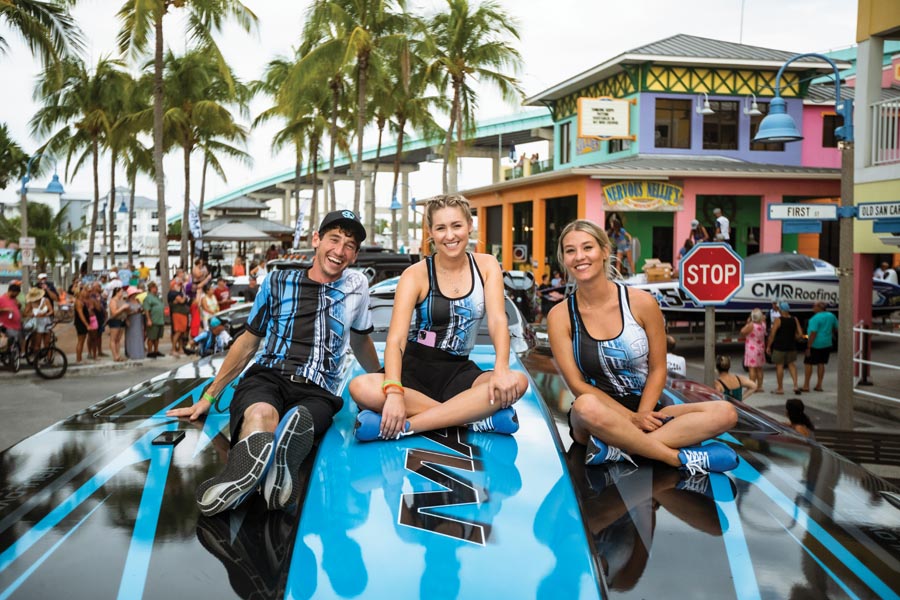 Magnificent Vee Bottoms. Distinctive Catamarans. Exceptional Outboards. These are a few of the many commitments that Taylor Scism’s father and Marine Technology Incorporated (MTI)’s founder, Randy Scism, has promised his company’s clients over the past 25+ years. As for Taylor, she’s following in her dad’s footsteps as Director of Client Relations for MTI, and through her passion for all-things boating.

“I grew up around boat racing,” said Taylor, 25, of St. Louis, Mo. “Most people came back to school in the fall and talked about their summer vacations, whereas I talked about racing. Boating and racing have always felt like a natural thing that I’ve always gravitated toward. It is definitely not your ‘normal career path’ or typical 25-year-old woman’s passion, but it has never been something that I felt hesitant to chase or go after.”

Taylor has been blessed with the unending support and encouragement of her family and, like her family, she has been around boats her entire life. Along with running beside her dad at the Annual Shootout for three consecutive years, Taylor has also begun racing on a professional level at the Offshore World Championships in Key West, Fla.

“My dad usually operates the throttles for me while I drive,” Taylor explained. “He has always been a great teacher, and I have learned a great deal from him throughout the years, especially when it comes to racing boats.”

Like any avid boat operator and/or racer would probably tell you, Taylor does have a favorite boat.

“The 390X is my favorite model to operate because it handles so well in the water,” Taylor said. “The 390XR performance-ready race boat is very similar since it has the same hull as the pleasure 390X, with a slightly different deck to accommodate for the safety canopy. Last year, I put 70+ hours on our race boat over the course of eight months – if that tells you just how much fun it is to not only race, but joyride around the Lake of the Ozarks, as well.”

When it comes racing at the Annual Shootout, Taylor feels the same level of excitement, and pressure, as the next racer – if not more so with her dad sitting right next to her.

“Last year’s Shootout was a lot of fun because we got to run the race boat in it for the very first time,” Taylor explained. “My dad was in there with me, which is always fun, but it also adds a bit of pressure. We tested multiple times for the event and had a shared goal in mind. Going through the trap (Start Box), you always have a number in mind that you want to achieve, but to hear the voice on the live radio broadcast report that we had exceeded our goal was a fantastic feeling. We hit 123 miles per hour in 2021, and we were very, very happy with our results.” 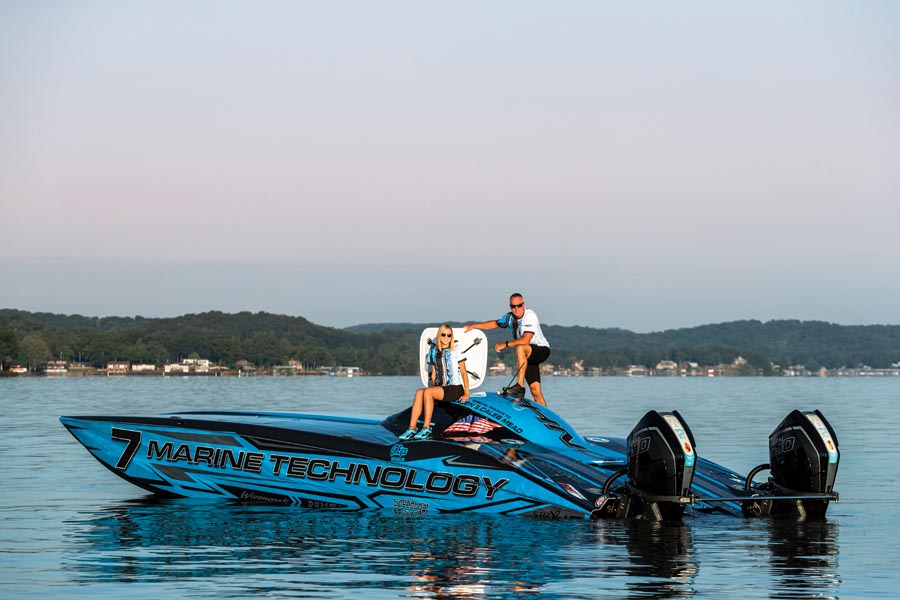 As for this year, both Taylor and her father plan to be just as involved, if not more so, with the 34th Annual Lake of the Ozarks Shootout. Named Super Cat 4 Kids Live Auction Honorary Chair for 2022, Taylor says that this year’s event will hold an entirely new meaning to her and the team at MTI.

“I have ran in the Shootout in years’ past, but this year will be even more remarkable now that I am involved with the Shootout Board, and I will be involved in the entire event as a whole,” Taylor said. “I have been working with the Shootout Committee throughout the year in every way that I can, in hopes of raising even more money for the Shootout’s many charities. Since becoming more involved, I have become a member of one of the Shootout’s charities at my local level – Wish STL, a branch of the Make-A-Wish Foundation.” Make-A-Wish is a national foundation which grants wishes for children with critical illnesses, which has fulfilled the wishes of more than 315,000 children in the United States since 1980. 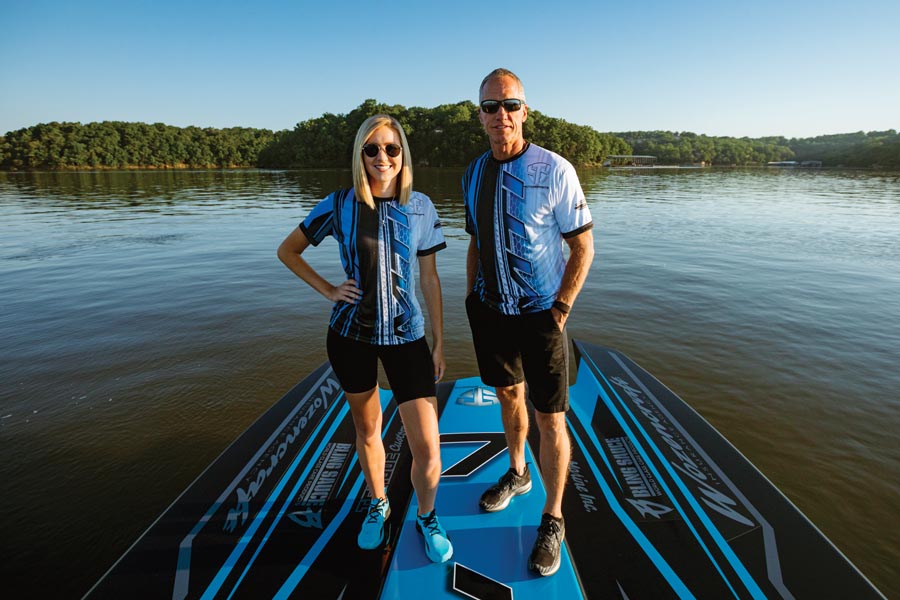 Although the last few years have boasted record-breaking numbers for the Shootout’s charities (with $445,000.00 raised at the 33rd Annual Shootout last year), Taylor believes that we can continue to raise more, do more, and promote more for the first responders and recipients of the Lake’s many deserving charities.

“My hope in becoming so heavily involved with the Shootout this year is to raise even more money for even more charities than we have in years’ past,” Taylor explained. “I plan to continue working with the Shootout Committee and MTI to try to raise money in our own way this year, as well.”

Like so many who find themselves drawn to the Tri-County Lake Area each year, Taylor has an immense love for the beckoning call of the wild waves and untamed shores here at the Lake of the Ozarks. In some ways, it feels like just as much of a home to her as St. Louis has.

“I grew up at the Lake of the Ozarks,” Taylor said, in closing. “While my family and I have always primarily lived in St. Louis, we have had a condo or lake house since before I was born. I remember attending the Shootout back when it was held at the iconic Shooters 21 and selling MTI T-shirts at H. Toad’s when I was 10 years old for Lake Race (known now as the Shootout). My family boated along the Lake of the Ozarks in our 42-foot Sea Ray for years until 2014, when our first MTI 42V came out. We have come a long way since then with over 35+ MTIs in town for last year’s Shootout!”

A long way, indeed. Just like the ebullient and vociferous Lake of the Ozarks Shootout.